Our members come from all sectors of the legal profession including private practice, public sector, courts, universities, judiciary and women not currently practising law.

Female lawyers practising in South Australia wishing to appear in our Find a Female Lawyer directory may do so by becoming a WLASA member.

Please click a membership type below for more information.

The Committee of WLASA may confer Honorary Membership upon any person who in the opinion of the Committee is fit to receive honorary membership.

Members are invited to contact the WLASA President by email if they wish to suggest a worthy nominee for Honorary Membership: president@womenlawyerssa.org.au

WLASA has conferred Honorary Membership to:

The Honourable Margaret Nyland AM 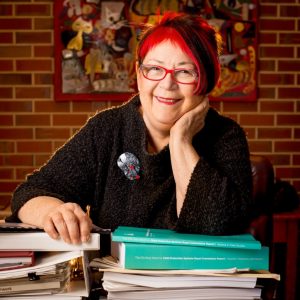 The Honourable Margaret Nyland AM is a former Judge of the District Court of  South Australia and the Supreme Court of South Australia. She was the inaugural Chairperson of the Commonwealth Social Security Appeals Tribunal (SA) and was the Royal Commissioner appointed to investigate the Child Protection System in South Australia. In 2005 she was made   a Member of the Order of Australia for  services to the judiciary human rights and the equal status of women .In her retirement she continues to mentor women in the profession including members of our committee. She has been the Patron of WLSA since its formation and is a life member. She  also  assists  us with the organisation of  our annual Long Lunch which is named and held  in her honour.

The Honourable Dr Robyn Layton AO QC is a former Judge of the Supreme Court of South Australia and the South Australian Industrial Court and Commission, and the former Deputy President of the Commonwealth Administrative Appeals Tribunal. Currently, her Honour is an Adjunct Professor at the University of South Australia’s School of Law and 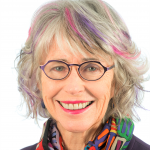 Life Member of the WLASA. Since her resignation from the Supreme Court in 2010, she has been a consultant for the Asian Development Bank on many gender development projects in Kazakhstan, the Philippines, Cambodia, Mongolia, Fiji and Lao PDR. She is now predominantly regularly working with judges and prosecutors on gender-based violence in Pakistan and Afghanistan.  Dr Layton has provided a great deal of support and mentorship to WLASA. Her latest contribution is lending her name to our Award, the Honourable Dr Robyn Layton AO QC Award, which is awarded to honour a female lawyer in South Australia in recognition of their outstanding efforts in the law as a practising lawyer in South Australia.

Ms Christine Trenorden was formerly a Judge of the District Court of South Australia and the Senior Judge of the Environment, Resources and Development Court. She is also a Life Member of the National Environmental Law 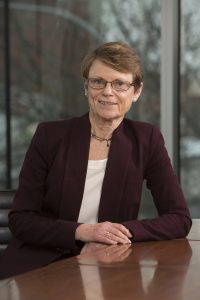 Association of Australia, and honorary Fellow of the Planning Institute of Australia and in 2019 was honoured by the Law Council of Australia’s Legal Practice Section’s Environment and Planning Law Group for her significant, longstanding and ongoing contributions to public interest environmental law in Australia.

Currently, Ms Trenorden is a Visiting Professor in Law in the UCL Department of Chemical Engineering located at the Future Industries Institute of the University of South Australia, a member of the Board of the statutory Environment Protection Authority of SA, and of the Alexandrina Council’s Environmental Advisory Panel, engages in some project work and a is Life Member of the WLASA.

WLASA is proud to offer Corporate Membership to all South Australian law firms and organisations who employ lawyers.  If you have any questions about becoming a Corporate Member please contact our Corporate Member Liaison Officer, Adeline Lim, (T) 8127 1644 (E) adeline.lim@aetlimited.com.au.

Corporate Membership of the Association is open to partnerships, firms, incorporated entities or similar bodies who employ persons who hold a law degree, are studying law or who are otherwise eligible to practice law in South Australia.

As a Corporate Member your legal staff (including principals, employees, law clerks and law students) both male and female, will enjoy the following benefits:

In addition, your organisation will enjoy the following benefits:

Most importantly, as a Corporate Member your firm will be seen to be endorsing and supportive of WLASA’s goals and ambitions. Your contribution will help us to improve our services and support for South Australian women in the law.

Corporate Membership is renewable each financial year and is charged according to the number of eligible legal personnel engaged by the organisation as follows:

Both new and existing members must complete a Corporate Membership Form when they join or renew in addition to paying their membership fees. You can register and pay online by credit card or EFT here.

The Find a Female Lawyer Directory is a searchable database for female solicitors practising in South Australia.

If you would like some or all of your staff to appear in the Directory an additional fee of $30.00 per person applies. You will be prompted to add in details for the directory after your membership has been processed. If you are already a member and would like to add someone to the directory, please click here to pay and add in the details.

Please note all communication with our members is via e-mail.  Please contact our Corporate Member Liaison Officer, Adeline Lim, if your contact details change at any time or you have any questions regarding joining or renewing your membership: (T) 8127 1644 (E) adeline.lim@aetlimited.com.au 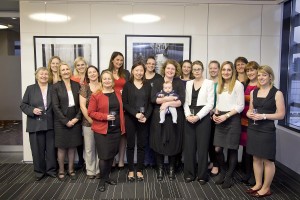 Ordinary Membership of WLASA is open to individuals who meet one of the following criteria:

We currently have more than 100 members in South Australia.

As an Ordinary Member you are entitled to the following benefits:

Our organisation is the peak body for female lawyers in South Australia.

Ordinary Membership is renewable each financial year and is charged according to the employment circumstances of the individual as follows:

Renewal fees can be paid by credit card.

The Find a Female Lawyer Directory is a searchable database for female lawyers practising in South Australia.

If you would like to appear in the Directory an additional fee of $30.00 per person applies.  If you are already a member but are not in the directory, please click here to register for the directory and submit your details.

Please note that all communication with our members is via e-mail.  Please contact our Treasurer if your contact details change at any time or you have any questions regarding joining or renewing your membership: admin@wlasa.org.au